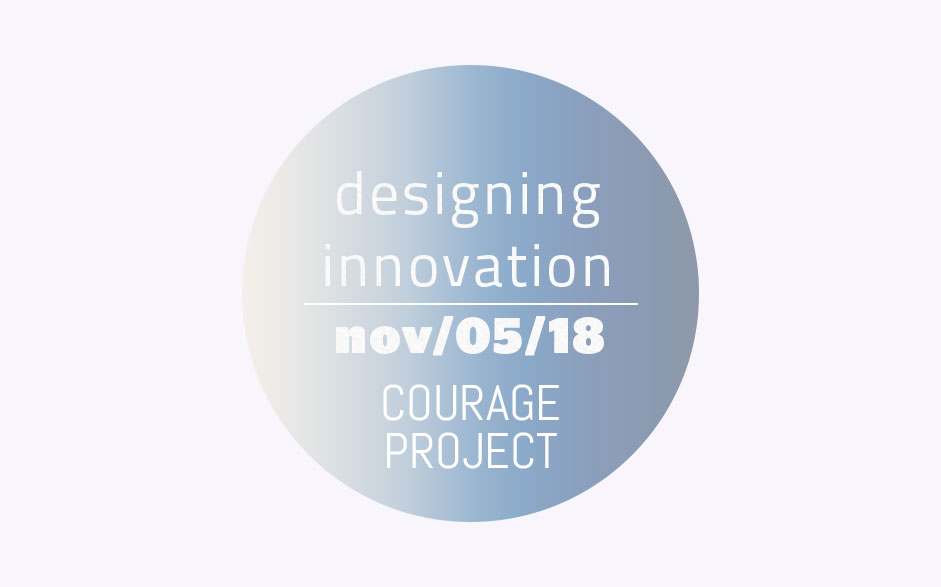 Who are we targeting with our design solution?
(This should be at least alluded to in the Objective section and then further described here.)

Personas describe the type of person we are designing this for. Include full persona documentation (based on empathy mapping) or at least an overview of each persona plus links to the complete diagram/visual for this persona. Our design concept is geared toward Law Enforcement Agencies in a Global sense.

For this project, we are focusing on Georgia and Mongolia where the policing guidance has just started to be adopted after Domestic Violence was recently recategorized as a crime against the human rights of a person regardless of gender, race, ethnicity, religion, sexual orientation, social status, and disability. 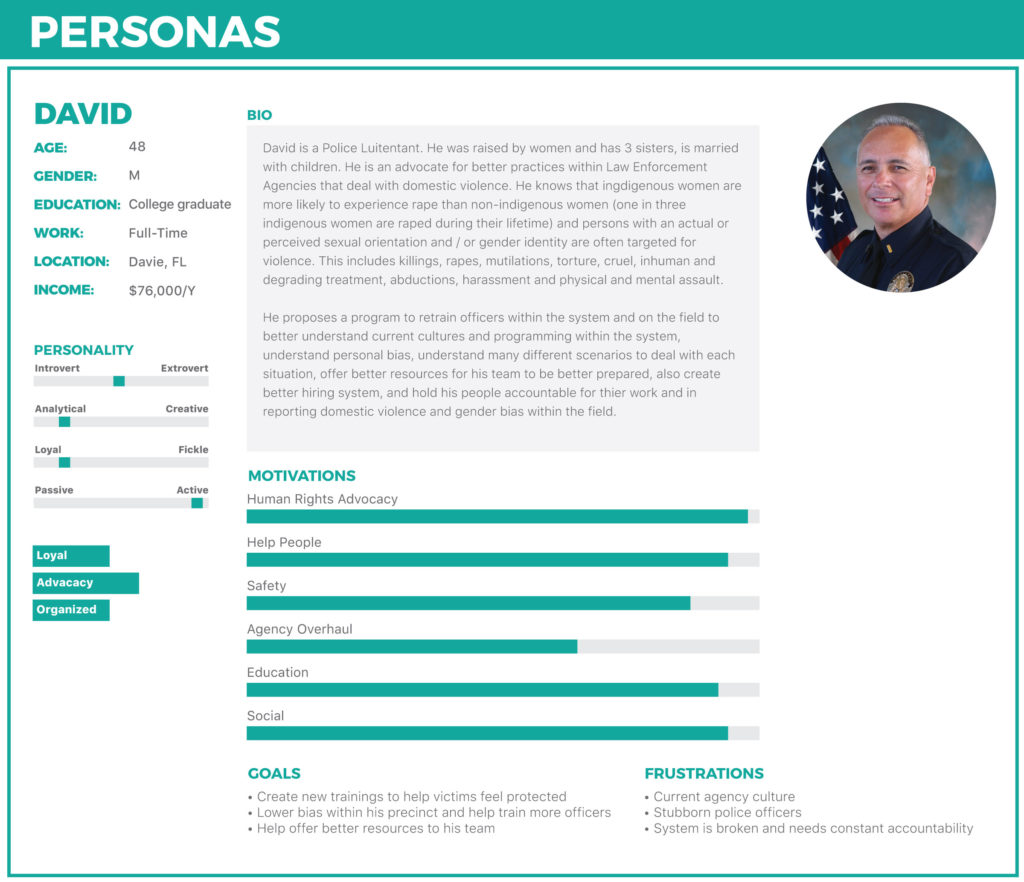 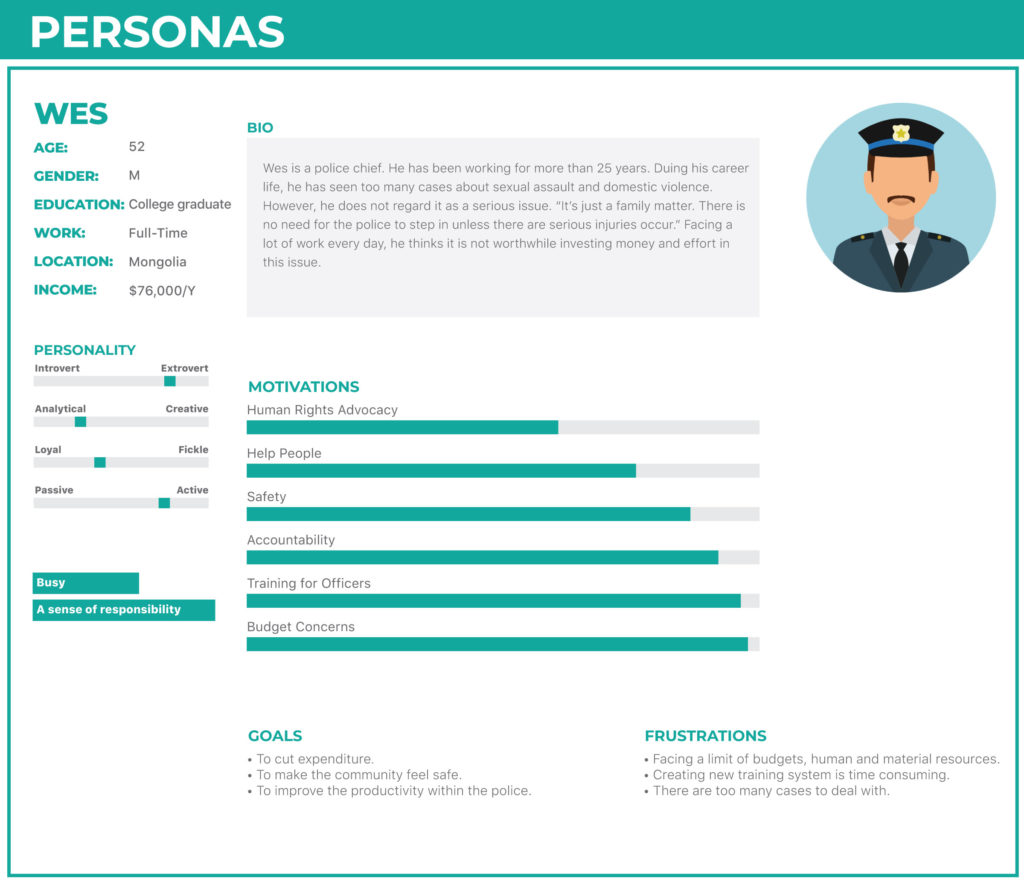 Our concept was to create a Training Portal that would be available for trainings for all officers, trainers, chiefs, all new hires, advocates, lawyers, etc.

This training would be available at all precincts as part of their mandatory training and it is a tool that is focused on education about trauma, cultural sensitivity, bias, primary aggressor, police culture, interviewing, and more. The portal would contain introductions, training material with videos, explanations, and followup trainings. 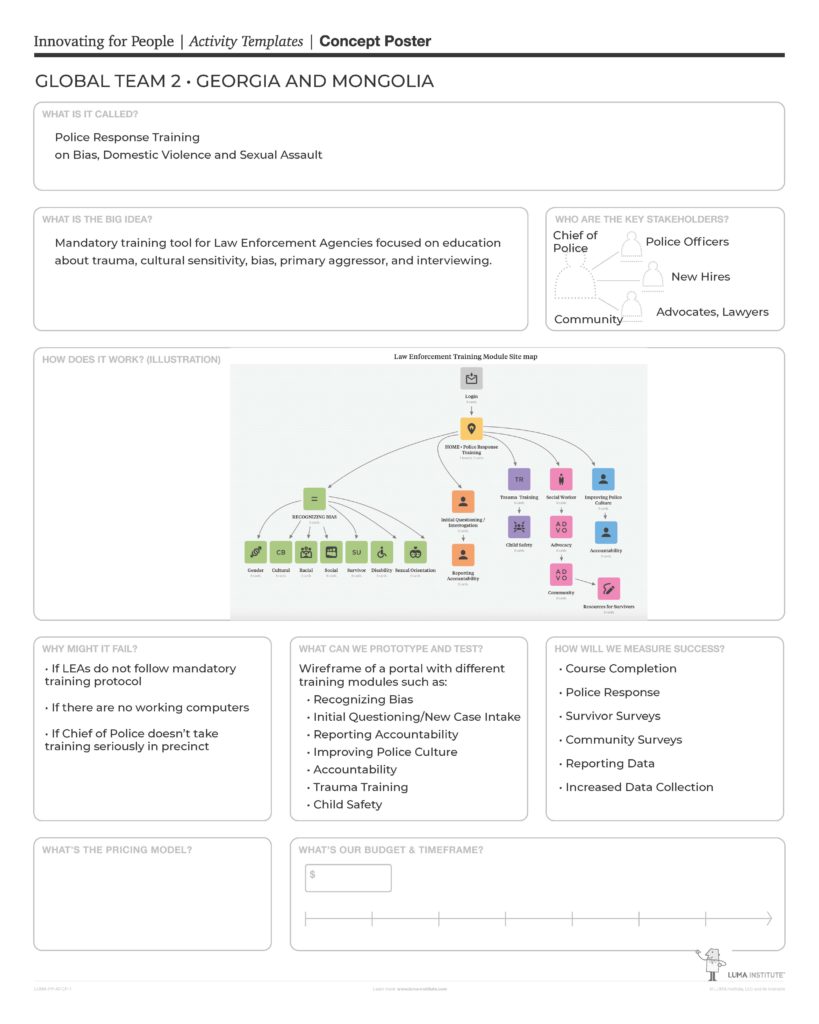 This is the proposed Site Map for the Training Portal Modules.

There are 5 main topics: 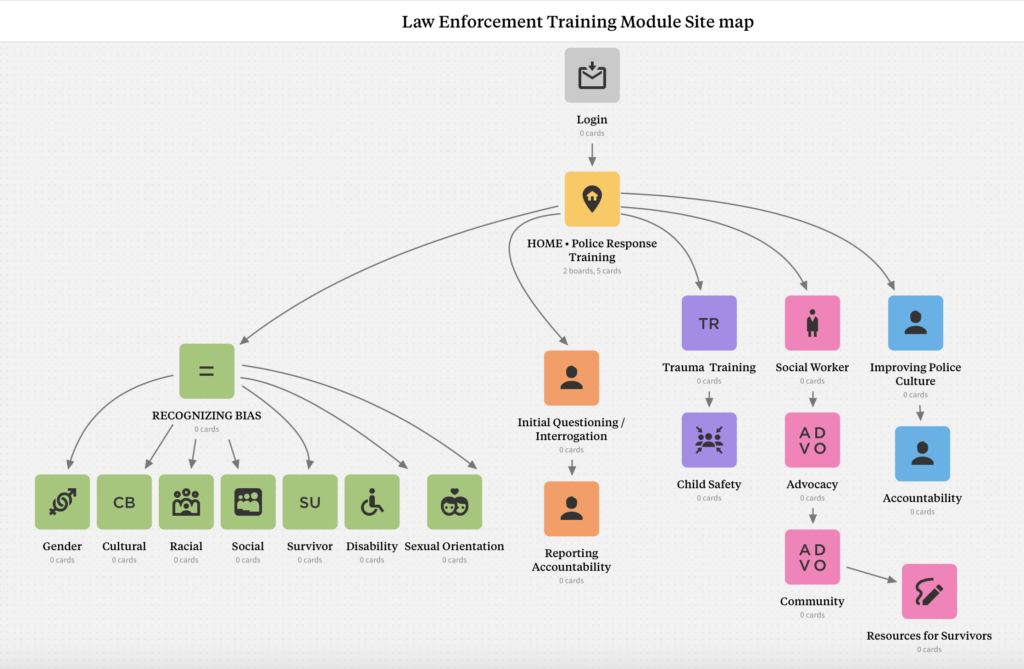 Within each Section, it is broken down as: 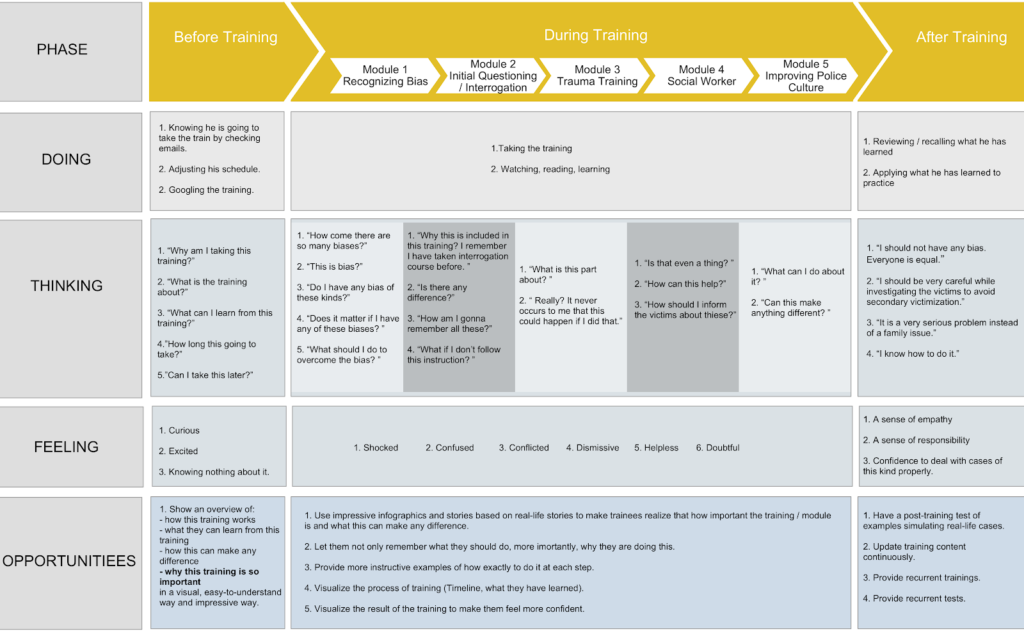 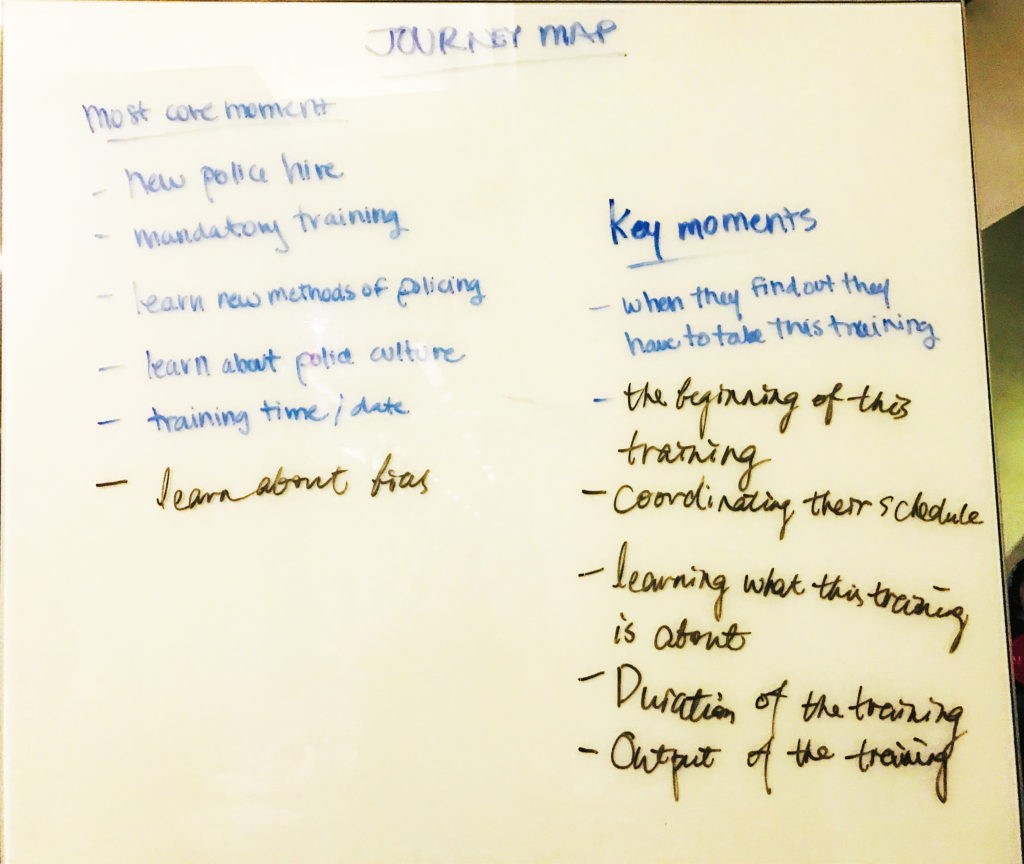 Scenarios or stories about the ideal user experiences explain how the product fits into each persona’s life and environment, and how it helps them achieve their goals. You should have at least a couple scenarios for each persona.

We came up with 3 different scenarios of how this product would actually be used by our two personas. One is about a new officer who has just been hired receives an email telling him to take the training. One is about a police chief wants to see how the training is going. The other is about when an officer is caught being biased.

Jerry is a newly hired police officer. He received an email saying that a mandatory training about Domestic Violence and Sexual Assault would begin next week. In the learning center of police station Jerry was taking courses about DV and SA given by instructors and websites. He was working hard in the process of training, and after two weeks he received an email saying that the training is completed, and he had passed the final examination.

Scenario 3 • Officer is Caught Being Biased

Here the scenario is that an officer is doing an intake interview with a victim and she’s clearly shaken up. He notices that the story she’s telling is not cohesive and immediately makes a bias thought against the woman. His chief comes up and asks about the case. The officer says: “This makes no sense, it sounds made up. Did you see what she’s wearing?” The chief immediately recognizes the bias and calls him into his office.