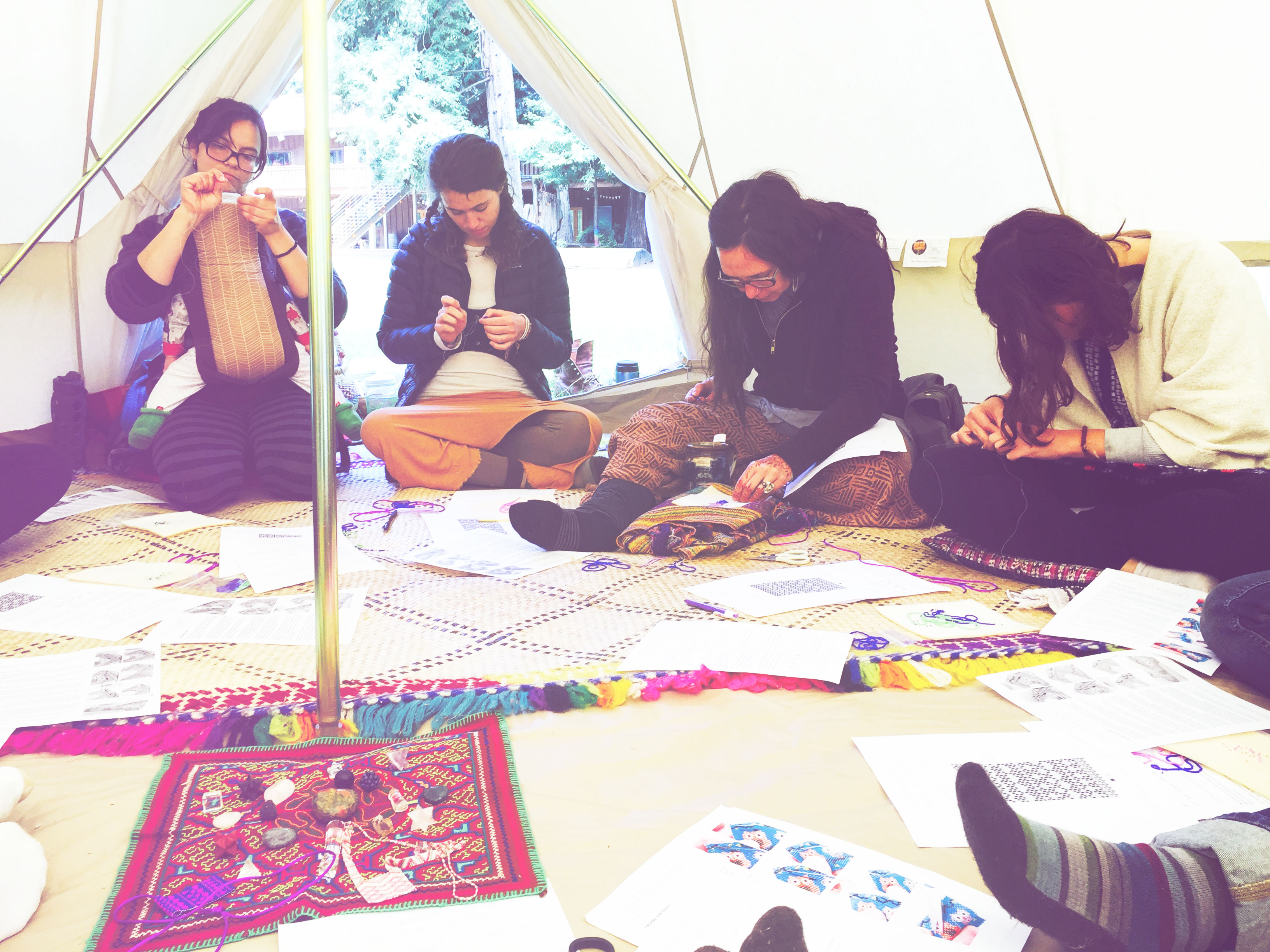 I have been creating Peyote Stitch Patterns for some years now. Having taught myself on this intricate weaving practice, it’s become my way of meditating since it takes concentrated focus to weave each bead into a final piece. This style of weaving goes back thousands of years having been present during the times of the Egyptian pharaohs and the indigenous tribes of the western world used on their ceremonial items and sacred feather work.

Peyote Stitch, also known as the gourd stitch, is a meditative weaving practice. While in the process, you can observe the weaver’s thought process in the way the piece is coming along. It’s a delightful practice and many insights may come to the weaver as they work.

Weaves The Web is one of the Thirteen Original Clan Mothers. She is the  Clan Mother of the October Moon and is the Mother of Creativity. This Creatress is also known as the Manifester of Dreams and brings visions into reality. The Mother of the October Moon is the Guardian of Life Force and teaches all to give birth to their dreams. She teaches us how to employ our innate desire to create in such a way that we can make our dreams into a substantive form or a reality.

I have some Peyote Sitch Patterns for sale at Pachamama Treasures. Check them out!